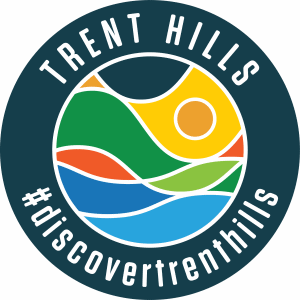 The Sweetest Bakery in Canada

In September 2018, Dooher’s  Bakery was awarded the title of “THE SWEETEST BAKERY IN CANADA!”

Votes came in from across Canada, and even those living outside of the country made sure to cast their vote. Dooher’s is thrilled to make Campbellford home to “CANADA’S SWEETEST BAKERY!”

Dooher’s was awarded the title of “The Sweetest Bakery” in Canada again in 2019. 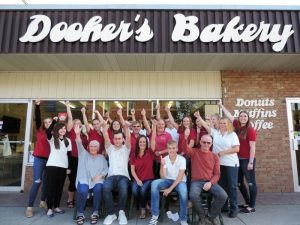 Baking with their own special recipes since 1949, the time honoured, traditional goodness just keeps getting better and better! Bring something special home to your family today, or surprise your coworkers with a delicious afternoon treat! From the famous cream filled donuts to nourishing, hearty breads you won’t be disappointed!

Come see why baking has made Dooher’s a favorite stop in the Trent Hills area! 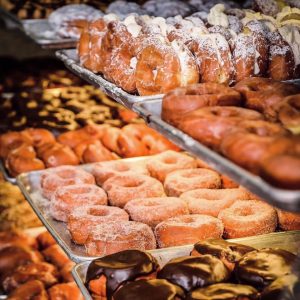 Dooher’s Bakery first opened its doors in 1949 when Harry and Muriel Dooher bought a small bakery in Madoc, ON, which began their dream to bring the best in home baked, nutritious goods to their community. Using a small wood-fired oven, pumping their own water tank, long hours and a lot of determination; Muriel and Harry made their dream come true.

In 1956, Dooher’s relocated to Campbellford, ON. 44 Bridge Street East was the bakery’s first location.

In 1977, Dooher’s relocated across the street to the current location at 61 Bridge Street East. During this time, Harry and Muriel’s son, Peter Dooher, began operating the bakery with his wife Christine. From that point forward, the bakery has been known as one of the finest home bakeries in Southern Ontario, along with being a pillar in the community. From donating baked goods to support local charities and fundraisers within the region to ensuring the freezers at the food bank are filled with bread and baked goods for those in need – the community is always top of mind. Nevertheless, Dooher’s always valued the need to remain a family-owned, scratch bakery.

Today, that same commitment to quality and home baked goodness remains true. Peter Dooher remains baking during ‘the busy season’, although his daughter, Cory Dooher, has been the owner of the bakery since 2013. Cory’s three children, Jeremy, Hannah and Spencer are also employed at their family’s establishment – making Dooher’s a 4-generation bakery.